from the archives of The Rising Sun EFT Group, May 2010

EFT IN A WOMEN’S GROUP

A few weeks ago, I was asked to do an EFT workshop for a women’s group. This is a small group of 6 women who are very open with each other and very bonded. I thought we would start with a simple demonstration — let everyone rate their current feeling of “stress” and experience the change a few rounds of tapping might make.

But when we went around the circle, the “stress” each person wanted to address was a huge life issue. “My divorce” … “my confidence problem”…”the tension with my stepchildren”…”my financial challenge”… Wow. They were all starting out with big global problems.

I could have said, “no, for a beginning demonstration we need to keep it simpler — just rate the constriction in your breathing!” But I sensed how much they had already talked about these problems with each other and sincerely wanted to go deeply today with EFT. On the other hand, each of these problems was far too global to tap for as such. What I decided to do was this:

“So each of you has a big life issue to work on. What I’d like you to do is close your eyes… and just notice what is happening in your body when you think about that issue. Notice very specifically how your body holds this stress. And then rate that sensation on a 0-10 scale. For instance, if your shoulders are tight, is that feeling low, medium, or high?”

This time when we went around the room, we had some great specific information. The weight on the chest an 8, the butterflies in the stomach a 6, etc. We did a round of tapping just to show them EFT and, in every case, there was a sense of relief and lower numbers on the physical level. The language I used was both global and specific: “Even though I have this issue… and I feel the stress as [body sensation]…”

I then offered a few rounds of individual tapping to each person, with everyone else borrowing benefits. Because they were so bonded and knew each other’s challenges, there was a strong feeling of emotional connection in the room and, at times, tears. So much healing took place in two hours! All I did was to ask each person what was coming up with the tapping and, “what does this remind you of?”

– The woman with the confidence challenge stated matter-of-factly that her father had frequently put her down, but being a very spiritual person, she had forgiven him. I guided: “Even though I’ve forgiven him, the truth is, it really hurt a lot to be put down like that… by my father who should have loved me…” Tears came as this opened up a whole level of denied pain. We tapped for all the pain she hadn’t even realized was there. The heavy weight on her chest went to zero and she said she felt like a million dollars!

– The woman with the financial challenge had a forgotten childhood memory pop into her mind: sitting in the dark because the electricity was cut off when her family couldn’t pay the bill. She realized that this was the huge well of fear and shame that was coming up into the present situation. More healing with EFT.

– The woman who had been in tears when she spoke of the stepchildren challenge never could get the pain back after the first round of tapping! She kept smiling and saying, “I don’t know what happened, but all that doesn’t bother me now!”

I think this was one of the most profound EFT experiences I have had in a group. The openness and emotional connection of the women meant that even a brief workshop could go very deeply and accomplish some profound healing. And they all learned enough EFT to continue with it as a group or on their own. 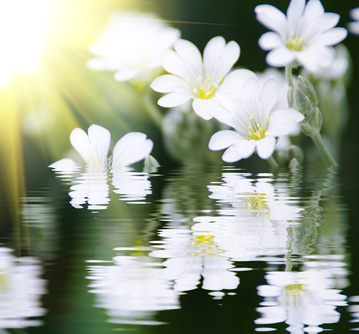 Next EFT Level 1-2 Trainings
Our EFT Level 1-2 is now offered online! Next training begins summer, 2022. Dates to be determined, email me if interested. 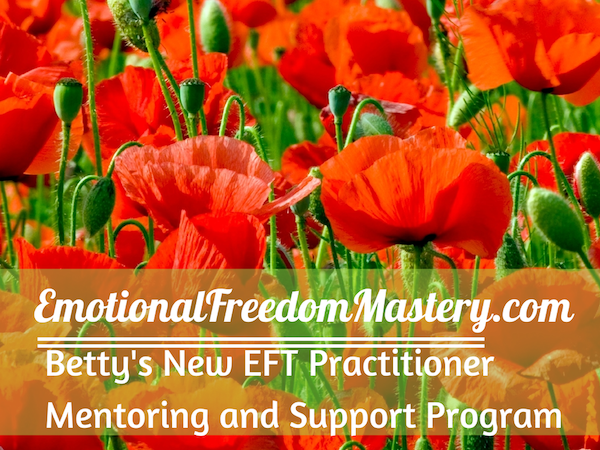